Magnificent Rubbish is a research project involving collaboration between the Social Sciences department at KU Leuven, the organisation for disadvantaged youths Arktos vzw, and the up-cycling artistic company Vizoog vzw. In October 2015, the residents of the Vaartkom area (in Leuven) were requested to leave their household rubbish outside their homes. The youths in Arktos vzw collected the rubbish, and took photographs of the neighbourhood. Between October and December, Vizoog vzw guided the youths to create their own rubbish art pieces out of the objects they had collected. This was meant as an exercise to see whether multi-sensory approaches to qualitative research are more affective than questionnaires. Researchers from the KU Leuven team tested and compared the results (the artwork, and question responses) of both methods.

The initial exhibition Art van Arktos  that grew out of this exploration aimed to reveal the connection between the local neighbourhood’s rubbish and the youths in Arktos vzw. It reflected the distinction between the old and the new. The neighbourhood of the Vaartkom has been under development for many years, and as a result old Stella Artois factories lie across the water from newly developed apartment blocks and shops. Some citizens like the change, whilst others fear it changes the identity of the neighborhood. The artwork of the youths conveys both these opinions. Thus, the research conducted by the Magnificent Rubbish team had two layers: to discover whether multi-disciplinary research methods are more conducive of results than traditional ways, and to discover how youths react to their changing environments, with particular focus on the Vaartkom region in Leuven. 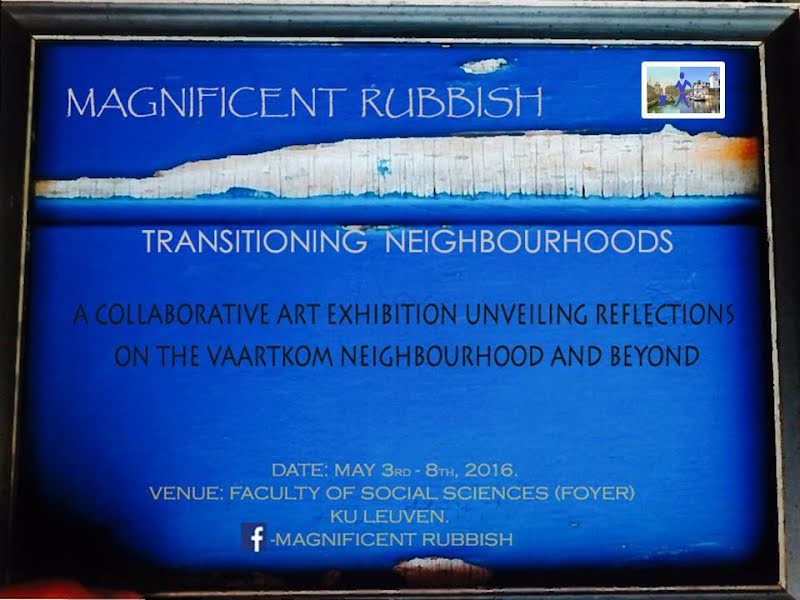